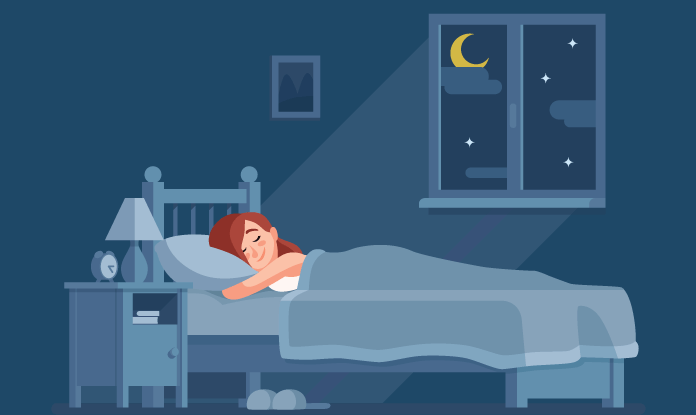 Who else loves sleep?

I love sleep, do you?  Now, do you ever wonder what happens when you are asleep?  I know I do.  So here are some interesting facts about sleep I wanted to share with you.

During REM sleep the concentration of neurotransmitter acetylcholine is twice what it would be when awake. This promotes the altering of connections between neurones, facilitating new links between disparate pieces of information. The Beatles classic Yesterday and Frankenstein are said to be products of sleep.

The idea that dreams only occur in REM sleep simply isn’t true. We actually have dreams throughout all stages of sleep and even when we’re awake, as daydreams. However, it is fair to say that dreams are more common in REM than non-REM sleep as well as being more vivid, emotional, and bizarre.

Sleep deprivation is an antidepressant

Sleep deprivation leads to a sort of semi-euphoric state and has been used to treat depression since the early 1970s. Unfortunately, low mood often returns as soon as the patients are allowed to get some sleep. It also has to be used with caution as a treatment – prolonged sleep deprivation leads to impaired working memory and other health problems.

Measures of alertness by testing reaction times have shown big differences in how much sleep we need. In research carried out at the University of Pennsylvania, eight hours did the trick for most people, helping them to maintain their reaction times. But an estimated 5 per cent of the population, including, famously Margaret Thatcher, can get away with five hours or fewer.5

There is an excuse for late nights (for some)

Early to bed, early to rise doesn’t suit everyone – research has shown that some people are genetically predisposed to stay up later at night and get up later in the morning. For roughly 40 per cent of us, this is the optimum pattern, and we will feel better and be more productive if we stop trying to force ourselves out of bed at 6am.

Something to think about

This definitely gives us something to think about when it comes to sleep.  I hope you have enjoyed reading about sleep.  It is one of my favourite things to do…

We use cookies on our website to give you the most relevant experience by remembering your preferences and repeat visits. By clicking “Accept”, you consent to the use of ALL the cookies.
Cookie settingsACCEPT
Manage consent

This website uses cookies to improve your experience while you navigate through the website. Out of these, the cookies that are categorized as necessary are stored on your browser as they are essential for the working of basic functionalities of the website. We also use third-party cookies that help us analyze and understand how you use this website. These cookies will be stored in your browser only with your consent. You also have the option to opt-out of these cookies. But opting out of some of these cookies may affect your browsing experience.
Necessary Always Enabled
Necessary cookies are absolutely essential for the website to function properly. This category only includes cookies that ensures basic functionalities and security features of the website. These cookies do not store any personal information.
Non-necessary
Any cookies that may not be particularly necessary for the website to function and is used specifically to collect user personal data via analytics, ads, other embedded contents are termed as non-necessary cookies. It is mandatory to procure user consent prior to running these cookies on your website.
SAVE & ACCEPT